Mile #97 in honor of Elijah 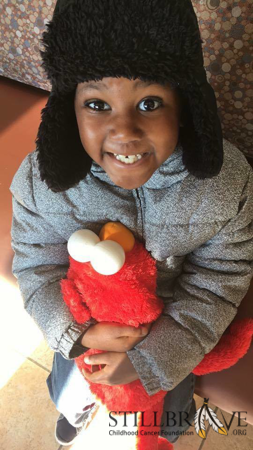 Elijah was diagnosed originally on June 5, 2012 with Medulloblastoma which is a highly malignant brain tumor. Elijah tumor also spreaded to his spine. After Elijah initial surgery to remove partial tumor in his brain, he was left temporarily paralyzed. Elijah had to re-learn to talk, walk, and eat all at the same time as starting chemotherapy and physical therapy.Strong is an understatement when it comes to Elijah! Elijah completed 3 cycles of chemotherapy in November 2012 and completed 3 months of radiation in March 2013. He had his port removed August 14, 2014.Right after getting our life back on track in November 2016 I noticed Elijah's balance was off. December 1, 2016 he received a MRI which confirmed a new tumor on the brain. Elijah had brain surgery on December 13, 2016 which confirmed a new tumor DIPG. Elijah was placed in hospice till he passed at home on February 7, 2017. Elijah won!