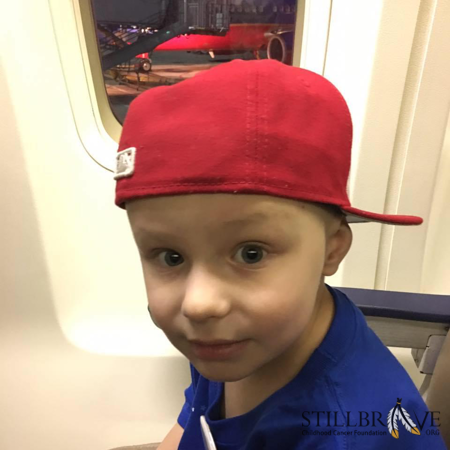 We would love for you to honor Lucas Anderson Giordano on your race, he was our youngest son, diagnosed on our 27th anniversary on June 23, 2017 with AML Leukemia and died two weeks after he turned 18 on March 4, 2018. He was a New York sports fan, WWE, John Cena and Daniel Bryan, Nascar fan, especially Jeff Gordon, Austin Dillon and Joey Logano. He also had autism and was a math whiz and personal encyclopedia of dates and other unusual bits of trivia. His favorite numbers were 18 for his birthday and 50,000. He loved his brother Travis, who has down syndrome and his cats, Grizabella was his sidekick, and he also loved Tinkerbell, Daytona and the late Cheddar. His birthday was February 18, 2000 and he was also know for going on walks in the neighborhood and loving to try new foods, although his favorites were chicken tenders, gummy candy and lobster. He also was very brave during his battle with cancer and refused to do certain things until he was "medically cleared", he was also very empathetic, loving and a great friend. Thoroughly missed by all of us. Thank you again. He has a Facebook page called Lucas' Pit Crew, : https://www.facebook.com/Lucas-Pit-Crew-109067039808827/