Mile #92 in honor of Nicholas 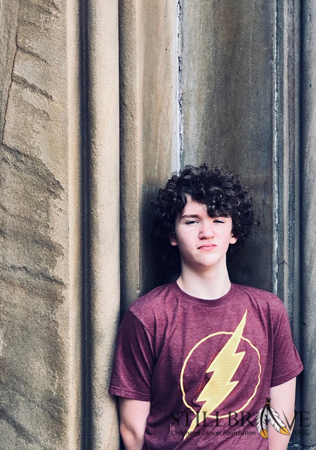 Mile #92 Nicholas Hi, I am sending a picture and a little bit about our son. His name is Nicholas Schad he was diagnosed with T-Cell Lymphoma in May 2014 at the age of 13. He was doing well until in August when he had gotten pancreatitis and gave the cancer time to move. In September 2014 he relapsed to Leukemia. He was very sick through his 7 month battle. He gained his Angel Wings on Christmas Day 2014 at the age of 14. July 25,2000-December 25,2014. This is amazing what you do for the kids that are still fighting and for the ones that gained their wings.Thank You So Much,Cindy Schad ( Nick's Mom)