Mile #72 in honor of Azalea 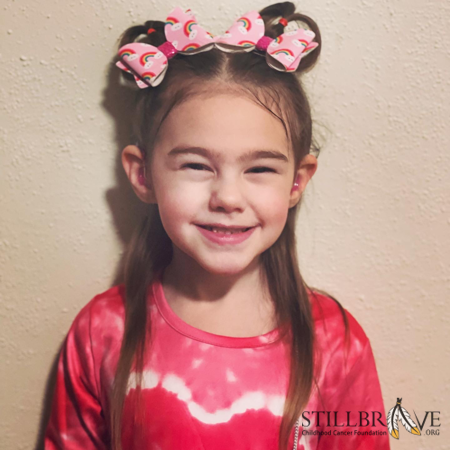 Azalea Coolidge was diagnosed with Stage 4 High Risk Neuroblastoma at the age of two on March 7, 2017. She was declared No Evidence of Disease for 14 months before a focal relapse spot was detected on her upper right arm in October of 2018 right before her fourth birthday. Azalea is seven years old now and has been clear of cancer again for three years since relapsing. Even though Azalea deals with many long term side effects due to cancer treatment she never stops smiling. Azalea is currently being monitored and scanning at Memorial Sloan Kettering Cancer Center in NYC.