Mile #59 in honor of Frances 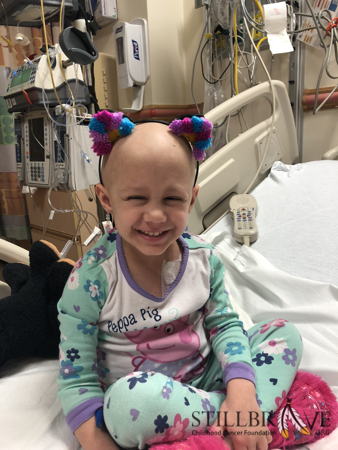 We talked briefly at CureFest about a special mile during the Moab240.

I've attached a picture of my first cousin-once removed Frances Reinish. I do not really know anything about her beyond she died at the age of 10 of a brain tumor. I do not know her favorite color, her favorite food, or her favorite anything.

She had a younger brother, Charles Reinish, who died of leukemia when he was in college, so I think he misses your 18 cut-off, but from a little of the story I can piece together he was most likely misdiagnosed for a period of time. My mom never met Frances as she died shortly before my mom was born, but she adored her cousin Charles. While we entered the childhood cancer community through Gabriella Miller, we realized that my mom has no first cousins due to childhood cancer, which is why we continue to be deeply involved.

We did not visit all the often with Frances and Charles' parents, but when we did I do not ever recall them talking about their kids or hearing their stories. I'm thinking I was told not to even ask them about their kids. As support for childhood cancer kids and their families is only just starting to grow now, I can imagine there was very little support for families in the 1950s and 60s. My mom and I have taken on the task of not forgetting Frances and Charles and sharing their names and as much of the stories as we can piece together (my grandfather died recently and we discovered he had boxes of items from Frances' father including some letters that my great-uncle wrote to her while he was away from World War II and some additional photos).

I would like to ask you to run a mile for Frances and all the children who died from childhood cancer in a time where you did not talk about these types of things and no longer have parents around to say their names.