Mile #50 in honor of Maddox 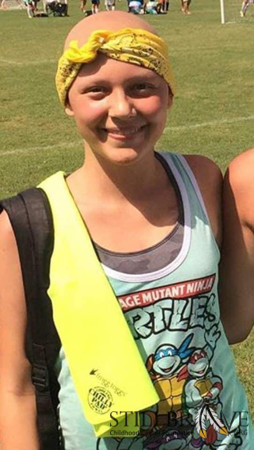 Maddox was born 11/25/2009 and was diagnosed with Embryonal Rhabdomayosarcoma at 2 months on 1/28/2010. She underwent a year of chemotherapy and more surgeries in her first year of life than I can count. 11/2/2010, she underwent a major surgery to remove her urethra and the tumor, and she was found to have only undifferentiated tissue remaining. She celebrated her first birthday on Thanksgiving Day and we were so thankful that she was able to finally live cancer-free. She had to finish up the remaining months of her chemotherapy, but finally one year after her diagnosis, she was finished with treatment. 9 1/2 years later, she is thriving and in 4th grade, making straight A's. She will have to have another big surgery in the coming years to implement a stoma so that she can catheterize herself instead of having to wear diapers (she had a vesicostomy because her urethra was damaged beyond repair as that is where the cancer originated).