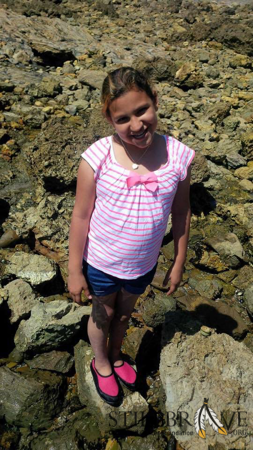 I want to tell you about my son, Quinn Scharn. I would be honored if you could include him on your trek up the volcano. I am actually in between classes right now and after school I'm headed straight into the city to take Quinn to see his favorite ska band so won't be home until late. I want to write a longer bio, but am worried that all the miles will be accounted for before I can do so! So for now, I will give you a quick run down of Quinn's "story".

Quinn was just 20 months old the first time he was diagnosed with cancer. Rhabdomyosarcoma, a soft tissue tumor in his abdomen. He underwent multiple surgeries, nearly a year of chemotherapy, and six weeks of radiation. When treatment was done and his hair grew back, you'd never have known what this little guy had already overcome. Fast forward to when he was ten years old... Quinn developed a secondary cancer. Osteosarcoma in his pelvis. Caused by the radiation that he received in treatment as a toddler. Two weeks before his eleventh birthday, as part of his treatment, Quinn had a hemipelvectomy. This is where his right hip and leg were amputated, the highest level of amputation. He fought bravely as all our children do, and through humor and positivity and a whole lot of luck, he made it through. He inspired and continues to inspire others everyday. I hope he will do the same for the two of you. ❤️🎗
+ Read More