Mile #165 in honor of Audrianna 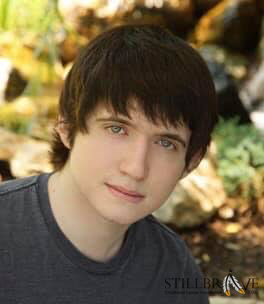 I got the chance and opportunity to not only meet but get to know Audrianna (or as I call her “my Lil Firecracker”) in September 2010, when she was just over 4 1/3 Years of Age but already 17 Months Post Dx of Stage IV Mync Amplified Neuroblastoma. Audrianna was diagnosed on April 8th 2009 and her tumor was so large that the doctors told her parents (Angela & Jim Bartol) she’d be lucky to see in her 3rd Birthday (which was only 29 Days away.) She was a fighter through and through, never allowing cancer or the doctors to dictate how she would face not only her cancer diagnosis but also life itself! She survived 6 Rounds of chemo, followed by Tandem Stem Cell Transplants. In January 2010, after her 2nd SCT, she was deemed N.E.D.; which lasted only 11 Months before she relapsed with a tumor in a different spot on her spine. Between the time when Audrianna was deemed N.E.D. and her subsequent relapse, I got to spend time with her again in September 2011. She had such a spark about her, such spunk, such a huge personality, and wit for days; she was such a beautiful girl full of life!!! Upon relapse, Audrianna was put on a regimen of chemo for 17 Months that kept her tumor from growing but didn’t get rid of it. While she was on this chemo regimen, another tumor grew and it was found to be inoperable. When her parents received this news of the 2nd tumor, they were given 2 options:

1st option - harsher doses of chemo, no quality of life and probable death as the end result after a lot of suffering

2nd option - do nothing, go home and live with as much quality of life as possible before passing away

When Audrianna was told her options by her mommy and the doctors, she CHOSE to go home and LIVE. When she got home, Audrianna made a BUCKET LIST; something no child, especially a 6 Year Old, should EVER have to do! Audri wasn’t about to let cancer dictate her life, instead she put all she had into LIFE and lived every second of it!!

Some of the things Audrianna did after she chose to go home:
She rode a mechanical Bull
She got a puppy
She went up in a hot air balloon like Dorothy from the Wizard of Oz (her favorite movie)
And she went to Disney a week before she died so she could ride the new Ariel Ride.

Audrianna may have been a child in the typical sense; but anyone that ever got the opportunity to meet her knew she was an old soul, wise well beyond her years, and merely trapped in that little child’s body!!

On February 15th 2013, Audrianna was stolen away from this world by this damnable disease she’d faced with grace, bravery, and a fierceness that left everyone around her in awe. She is missed so much and loved more with each second that passes by her Mommy Angela, her Daddy Jim, her SuperSib Baby Sis Kyra, and so many others whose lives she touched along the way (mine included.)

My Lil Firecracker Audrianna, there will never be a day when you don’t cross my mind. I love you to the moon, beyond the stars, and bigger than the Milky Way!