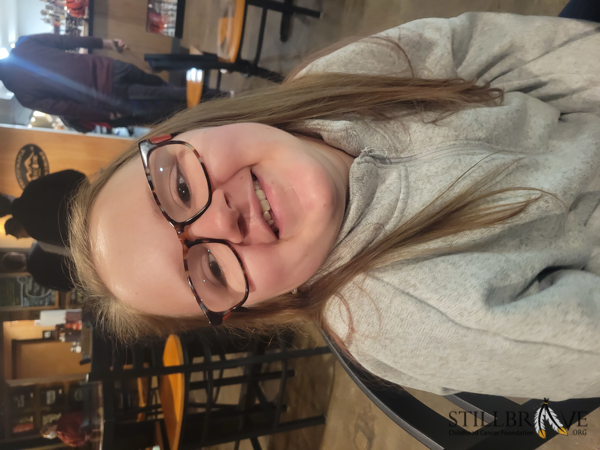 When something struck you as funny, Arbor was the first one you wanted to tell. She laughed easily and often, and although she was beautiful, artistic and kind, her exuberance and humor defined her. Arbor was wired to find delight in the world. She was deeply curious about other people and cultures and her neurons sparked at anything clever, creative, offbeat or original. She was tickled by the silly and the absurd. She had a natural affinity for quirky characters - even as a small child, she favored the destructive, impetuous and big-hearted Stitch over the blander heroes and princesses. As she grew, she became fascinated with the rich imaginative worlds of Hiyao Miyazaki, places where shape shifting, mysticism and searching are suffused with beauty, magic and love.

She was about to embark on a shape-shifting journey of her own. When she was diagnosed with ALL at 10, the disease and its treatment changed her physically and she earned the scars of a true warrior. But through it all, her heart remained soft. She was kind when she didn't have to be. She was grateful when it seemed impossible to be. She was brave without trying to be. And she was upbeat even after four punishing years of fighting for her life.

Arbor always believed she would beat leukemia. She felt certain the disease was behind her when she rallied for her Make-A-Wish trip to Japan, a journey that would allow her to experience all the places she had imagined. It felt like the beginning of a new life, a life after cancer. But by the time she returned home, her body had relapsed. She regained remission only to relapse again shortly after a bone marrow transplant - a fate too unfair and incomprehensible to describe.

Arbor left this world much too soon on September 16, 2015. But somehow she was able in her short span to understand that a happy life isn't one that avoids suffering; it's one that embraces joy.

"Ohana means family – and family means nobody gets left behind or forgotten." - Lilo and Stitch

Good luck and though I’m on the other side of the country I hope to meet you in person someday!!!
xoxox