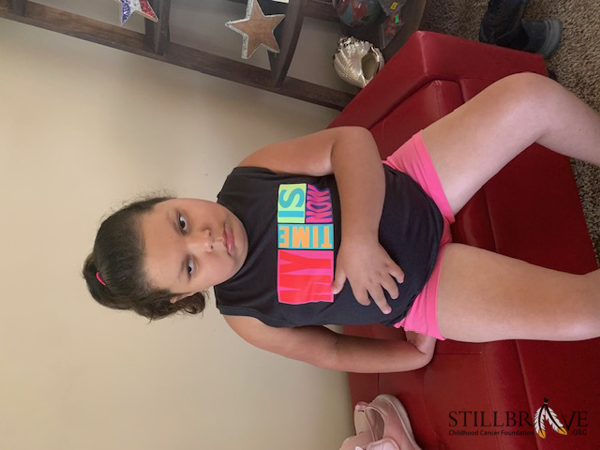 When Brynlee was 4 years old, on October 5, 2016, she was diagnosed with Philadelphia Chromosome Positive Pre B Cell Acute Lymphoblastic Leukemia. She started chemotherapy right away at A.I.DuPont Hospital for Children in Wilmington, DE. Brynlee was in treatment for 1,036 days. In those 1,036 days, she completed 18 cycles of intensive chemotherapy, 29 steroid pulses, and 8 doses of cranial radiation to her brain. Her last dose of radiation was also on the first day of Kindergarten in 2018. She had 38 admissions to the hospital, some scheduled, but mostly unscheduled. She had 345 procedures, some were monthly spinal taps, some were the multiple surgeries she had. She had an colostomy bag when she was 5 years old for 1 year while her doctors wanted her bowels to heal because she was constantly getting abdominal abscesses, some led her into heart failure and liver failure and with 3 liters of fluid on her lungs within the first 30 days of her treatment beginning. Brynlee had 95 transfusions and she spent a total of 307 days in the hospital. Brynlee was in remission within the first 30 days of beginning treatment, and she just celebrated 3 years in remission on November 10, 2019. Brynlee finished her treatment completely for leukemia on August 7, 2019. This November will mark 4 years of remission for Brynlee!