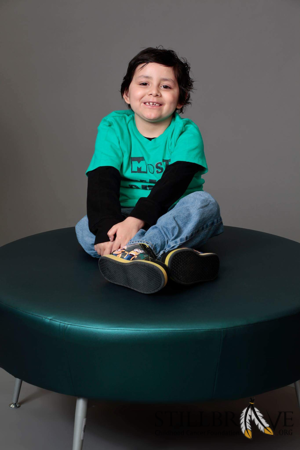 My son Mark started complaining of leg pains in 2012. Doctors quickly diagnosed him with pulled muscle, growing pains, constipation. After 14 visits to his doctors and the ER his doctor told me I was an over-protective mother and nothing was wrong with Mark. I knew better. I demanded an MRI or cat scan. Finally scans were given and they sent us 2 hours away to Vanderbilt children's hospital in Nashville, they believed Mark had broke his back. Within 3 weeks of his pain starting he could no longer walk. After numerous tests and scans Mark had been diagnosed with Ewing sarcoma, bone cancer. His L3 and L4 vertebrae was destroyed. After a few weeks of chemo and radiation he went thru an 18 surgery removing the cancer and rebuilding his spine, but Mark was a real trooper, never complained, or felt sorry for himself. He always put on a smile probably for my well-being. After 1 year of chemo he was declared NED. Every 3rd month he had to get scanned. And on his one year scans, doctors found 2 masses - one in each lung. Again my soldier had to endure chemo, chest tubes, isolation, but once again after 11 months he kicked its a**. 6 months later cancer took over his body and he made the choice to stop treatment and spend 5 months being a kid. He lost his battle Oct 1, 2016, just one month after he turned 13.