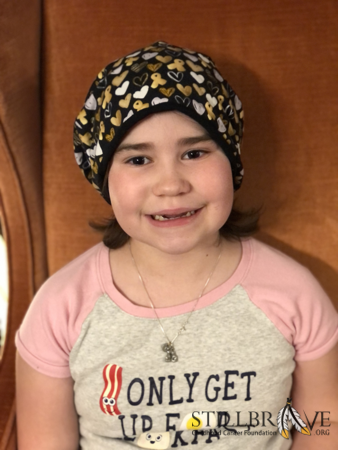 Kai Angus Jasper McAlpin was 2 1/2 and he had T-Cell ALL Leukemia, but with the rare and almost nonexistent Gamma Delta markers, making his treatment extremely difficult and very up and down, as well as the morphing of the cancer cells so that they had characteristics of both leukemia and lymphoma. Kai's doctors had given him a less than 1% chance to survive after a few months of treatment.

Kai was diagnosed May 12, 2016 and had been in the hospital about 95% of the time after diagnosis. We were told his condition was very, very rare with the markers, and to date, only one child has ever survived in the whole world. Our doctors collaborated with Stanford, Seattle, Cincinnati and St. Jude's for guidance but Kai's cancer did not respond well.

Kai fought so hard for almost a year, but he became so exhausted, then after almost all chemo and treatment options were completed, with no other hospitals willing to transfer him for treatment, we were sent home with hospice.

Warrior Kai became his name, not just because he liked to sword fight and play Vikings before diagnosis, but even more so after, because even when the doctors would say that he only had days to live, Kai always proved them wrong and fought back. Kai did this so many times, that by the time he did pass, it was so surreal because he had fought back for almost a year, through infections, viruses, kidney failure, having the cancer spread to his brain and spine, yet his fight lasted through all of those hurdles. Kai passed on his terms, in our arms, resting, surrounded by his family, wrapped in love on March 14, 2017.