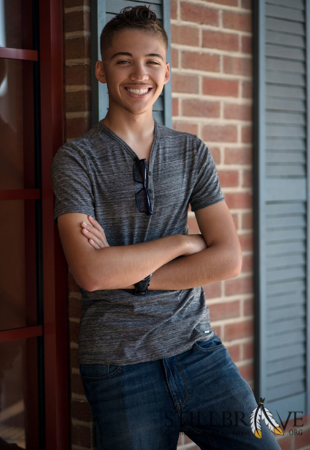 When she was diagnosed at 14, they told her mother she probably wouldn't live. BUT she did!! Today she is the exact same age as my daughter Shayla would have been. After multiple rounds of intensive chemotherapy and a hemipelvectomy she was told she may never walk again, and if she did she would be plagued with disabilities due to the surgery that removed the diseased bone. Sadly she was told too that she would never be able to have children. However, Loren was now in remission and determined to prove them wrong!

After committing herself to the rigors and sometime torturous hours and hours of physical therapy and rehab, not only did she walk again but she ran!! A LOT! She even went on to complete a FULL marathon years later at a very respectable pace!

Today, Loren is the mother of a beautiful little girl, she is a career firefighter and she is a very motivated activist and advocate for children still fighting this destructive disease.