Mile #47 in honor of Elliot 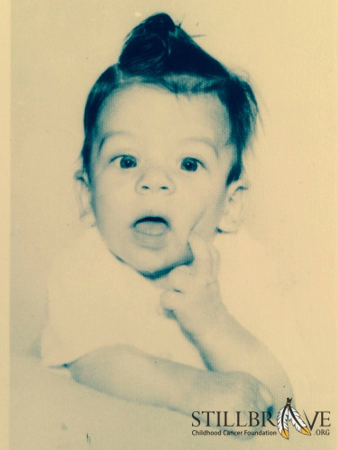 This is our son Elliott AKA The HULKSTER
Elliott was born Feb 15 2011, a healthy almost 10 lb. baby boy.

Unfortunately our story is long, as our son had fought almost his whole life. At 18 months old, we noticed something off and his belly was big. We took him into the doctor to have him checked. Well we were sent straight to ultrasound, then straight to an oncologist and admitted that night to the hospital. He was DX with stage 4 liver cancer (hepatoblastoma) in 2012. He underwent chemo and a full liver transplant. He did really well through it all. It was required of us to have labs done every 6-8 weeks; we did that for 3 years before we were dealt another challenge. Through routine labs, we found out that Elliott was DX with treatment related JMML, an extremely rare form of leukemia ( 2015 ) at age 5. He endured 3 full body radiation treatments, chemo and a bone marrow transplant. Again, blew all doctors out of the water at how well he did. Things were good! One day Elliott became ill and wasn’t feeling well, and as per protocol we headed to ER, said he had pneumonia and sent us home with antibiotics. A few days goes by and he isn’t better, he was then seen by his doctor and they did labs to find out why he wasn’t getting better. Labs showed his white count was through the roof, flown to the same place we had spend the last 3 years, only to find out that he had relapsed but into something else -  AML. Again, here we go. He underwent 6 total body radiation treatments, chemo and another bone marrow transplant. Again, he did really well. That only lasted 8 short months before we found out that he had relapsed. Not only did he relapse but they had no other options for us. We fought like hell to keep him healthy and searched for every option out there, we flew him to Seattle to do holistic/ alternative treatments. He was thriving and surviving! Unfortunately AML is ugly and had no remorse with our son. He fought for almost a year until the nasty cancer took him from us on April 18, 2019.
Our HULKSTER will forever be missed.
We have started a foundation, The Incredible Elliott Foundation in his honor to help other families and give back to the community.

Thank you for all you do!
Jessica Ortega