Mile #46 in honor of Christopher "Roo" 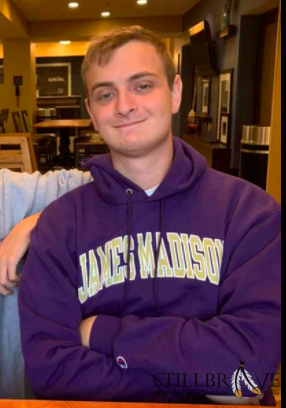 This is my son Christopher "AKA Roo"
He is forever 5. He had stage 4 high risk Neuroblastoma. He was diagnosed at the age of 3 in 2013. He was feisty, spicy, and so very sparkly. He has a stuffed Eeyore that he absolutely adored. He had the prettiest blue eyes. He knew my phone number by heart. He didn't like to be called Chris. He loved beef jerky. He loved the 4th of July and the big park (fair). He was a horror movie fan. He loved "It" and Freddy the most. He was a gamer. He played Minecraft but absolutely loved "Resident Evil 6". I'm sure because of the zombies. He loved all kinds of music - his top two favorites were "I'm In Hurry" by Alabama and "Flightless Bird" by American mouth" He was the sweetest, kindest boy. He was so thoughtful of others and their feelings. It was the kind of thoughtfulness that you can't teach a child. He truly had an old soul. Everyone said he always acted like a little old man. He wanted to be a mommy when he grew up. He promised he would never leave me. He always said I love you all the way to the moon and back and round and round in a circle like a big ole moon. He had the biggest heart. He was a fighter. He never gave up. He might have had cancer but his cancer did not define who he was. He was Christopher not Neuroblastoma.
My son passed away July 24, 2015. My son lived. He fought. He loved. Cancer took so many things from him but it did not win. He was happy and smiling until the very end. Suffering is a state of mind. Pain is inevitable but suffering - that's optional. That's what he taught me. Christopher fought hard and he won. Cancer did not define him or his vanquishment. He defined his cancer. He won his war. He never needed cancer to survive. Cancer needed him. The minute his beautiful heart stopped his cancer ceased to survive. My son did not die. My son lived. And I want to Thank you for letting me share him with you.