Mile #41 in honor of Ashton 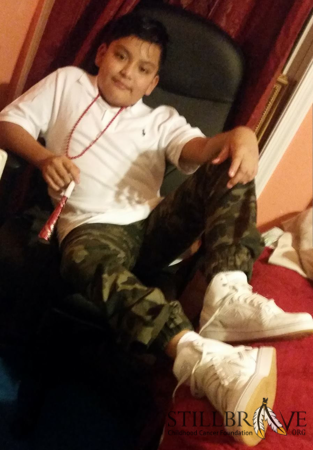 Mile #41 in 2014 at just 4 months old he was diagnosed with AML. We went through 6 months of chemo and in June we went on a little family holiday to celebrate as we were told Ashton was in remission. 6 month Christmas Eve come around I was changing Ashton nappies web upon laying him down he started to have a seizure, we call the ambulance and we were taken to hospital , test were run and an mri,christmas day our worst fears were confirmed Ashton had relapsed and was to start treatment all over again. We did another six months of chemo and then a unrelated cord transplant which come from an amazing little American baby, we will never meet but will be eternally grateful for. Ashton was flown from perth, Australia to Sydney Australia for the transplant. My sister and husband went over for the transplant, I couldn't go because I gave birth on the same day as the transplant to Ashton little sister Ruby. Ashton is doing amazing now and on April 2018 we did 5 Years post transplant.

If you could include him on your journey that would be amazing but if you can't I totally understand, there are so may kids tat deserve it to. But Thankyou it's humans like you tat give our kids a voice and family hope. Your amazing 💛