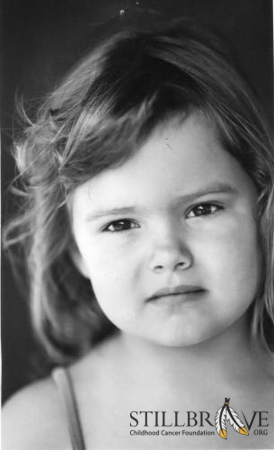 On the evening of Thursday September 21st 2017 Luke said something we had never heard him say before, he said we was feeling wobbly. Waking up the next day Luke said he still had the wobbles, was also feeling nauseous and we headed to our doctors as quickly as possible. On the way to the pediatricians, Luke was closing one eye and Nancy (mommy) asked, “Why are you closing your eyebuddy?” Luke answered, “I see two of you mommy.” The following seven days were a whirlwind, with trips to Shady Grove ER, appointments with an ophthalmologist, a neurologist and an MRI on Thursday the 28th, which resulted in a conversation with our doctor where he told us Luke had a mass on his brainstem. Luke went to Children’s Hospital that night and Luke was diagnosed with DIPG on September 29th. Since that date Luke has undergone brain surgery to do a biopsy of his tumor, 29 radiation treatments and was enrolled in a clinical trial at Children’s. The trial had Luke taking 4 medications that were picked specifically for him to shut down the active pathways in his tumor, which a tumor board selected as a result of the molecular analysis which was done on his tumor. On June 16, 2018 Luke had an MRI that showed signs of growth in his tumor, which resulted in stopping the clinical trial. He underwent a second round of radiation of 18 treatments, started a new chemotherapy, which ultimately did not stop DIPG. Lukie and our family treasured our moments, gained an appreciation for the little things that life offers up daily and embraced the good amidst the bad. On Tuesday November 27th 2018 at 5:03am Lukie went home to Heaven.
Luke is brave, Luke is positive, Luke is joyful, Luke cared for those around him more than he thought of himself. Luke showed us every day what it meant to be a superhero.
Supernovas are intense, bright and shake the cosmos, but as powerful as they are, the can only exist for a short time. Yet the effect they leave behind lasts well beyond what we could ever comprehend. They are both explosive & disruptive close by, yet also subtle and far reaching. A supernova… We can think of no better way to describe Lukie & his life. Luke brought with him a light that could not be contained and effected those close by and those far away in powerful ways. To some he was an inspiration, and others, helped to inspire him. To some he was a fighter and others he was a patient to be cared for. He was a jokester, a prankster who found joy in making others smile, sometimes at our expense, but never in a way that was meant to injure or harm. Lukie was stubborn, oh Lord was he determined to do things the way he wanted them done, and no one was going to tell him - or persuade him - otherwise. Luke was passionately protective of his family, and even as a child he was prepared to do whatever he could if he felt like someone or something threatened those he cared for. One of his most dominate qualities was his kindness, which shown through as he always seemed to care more for others than he did for himself.
We will never be able to replace what has been lost, but we are at peace, knowing our Brave Little Soul had shown and inspired love & kindness in his short time here with us on Earth. We are saddened that we cannot hold him close and feel the warmth of his touch, yet our hearts are filled by a warmth that Lukie’s love for us, and our love for him, that is not constrained by the limitations of this life.
We have said it countless times before, but the words are still true – We cannot change what happens to us in this life, we can only choose how we are going to react. We are choosing to honor Lukie with the same love, positivity and determination for life that he showed us, to always strive to see the good amidst the bad and live life with a smile. These words don’t mean that we don’t acknowledge the feelings of sadness or miss Lukie, we do and always will, but while those moments are part of our path, they will not define it. As Luke said, “Sad is boring” and we intend to infuse light and joy into our world, into the moments that make up our days and into as many as we come in contact with. There is no light without the dark, similarly there can be no joy without sadness. So acknowledge the dark, the sadness, but know that light and joy are more powerful and will outshine and overcome.
We have had a motto throughout Lukie’s journey, “Expect Miracles Both Big and Small Every Day.” We have Expected Miracles both big and small for quite some time now, and the fact is, Luke was our miracle all along. Lukie is both big and small in so many ways and has made our lives immeasurably richer & brighter.
Keep Expecting Miracles both big and small every day Sending Hugs from Heaven & Earth XOXOXO
+ Read More