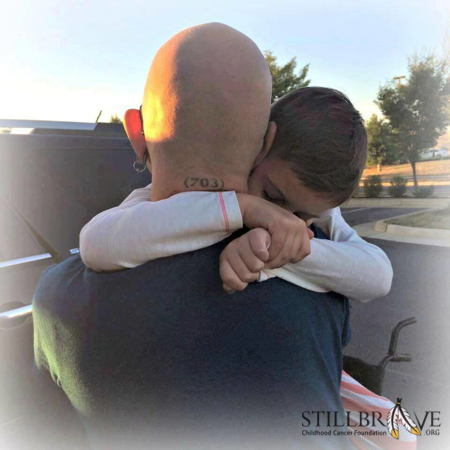 Daphne was diagnosed with Anaplastic Ependymoma grade 3 a type of brain cancer on Mother's Day 2014. While normally considered curable, hers was very aggressive and despite multiple brain surgeries, Chemo and two rounds of radiation she passed away in October 2015 at the age of 7. Daphne never gave up her fight and always fought with a smile. Everyone who met her immediately fell in love with her; Tattoo Tom was no exception. He came to visit her in the hospital after her second brain surgery. She was so mad and frustrated after her surgery because she could not walk, Tattoo Tom did everything he could to get her to smile, but she wasn't buying it. He made a promise that he would get her to smile, and while it wasn't that day, she did smile for him on his next visit. The two of them became the best of buddies. Daphne spent many weeks away from home in Philadelphia for treatment, while she had very few visitors from home, the distance did not deter Tom, he came to see her several times to see her. I don't think either of them would have had it any other way.