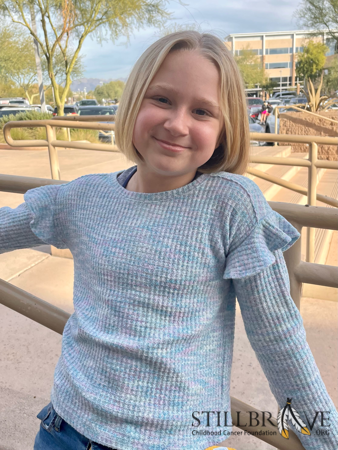 Timothy was diagnosed with Ewing Sarcoma on October 24, 2016. He fought a long hard battle of chemo therapy, radiation, blood & platelet transfusions. Kidney failure, From 2016 - 2017 he spent 280 days in the hospital, he finished, so we thought his last rounds of radiation & chemo therapy in September 2017. Timothy lost mobility in his right arm beginning January 2018, undergoing PT & OT. In February the pain was excruciating. Back for MRIs/PET/CT scans, no new tumors. However, the pain persisted loosing more and more mobility. On March 13, 2018 admitted to emergency, tumor right side of cervical spine, 50+ nodules in lungs. Now pronounced terminal. During this time, Timothy maintained a remarkable positive attitude, catching up on school & working at SkyZone Trampoline Park, trusting in God for his life. Timothy had been granted his Make-A-Wish in 2017 & on March 28, 2018 his wish was granted, Timothy GAVE his wish away, putting 22 fully pre-loaded gaming systems in the 22 oncology rooms at the hospital where he was treated.