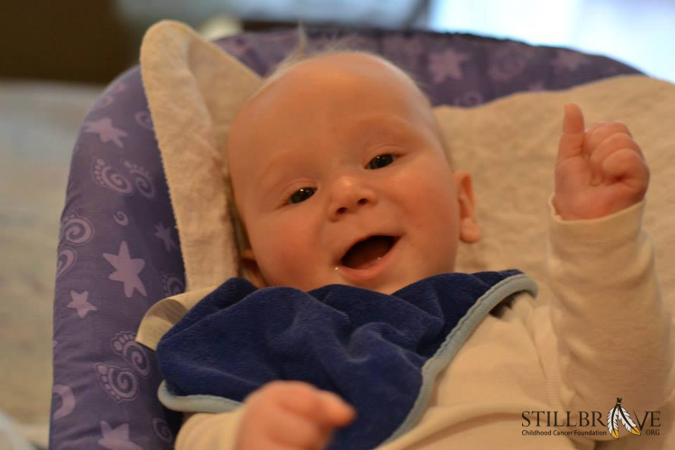 It’s hard to find the words to describe Connor to people who didn’t know him. Maybe that’s because we barely got a chance to really know him ourselves. He was such an easy baby – always smiling and happy. He loved watching his brothers run around and play in front of him, and he always had a smile or a giggle ready when one of them stopped what they were doing to play with him. That is how we knew something was wrong. He stopped smiling and became a totally different child who was completely inconsolable. I wish he could have told us he was hurting, and I wish we could have been given a diagnosis sooner. We lost him at 6 months old. One of the hardest parts about losing him is wondering what if? What if I had taken him to the doctor sooner? What if I had pushed the ER doctors who said it was the flu? Would he still be with us? What would he be like? We miss Connor every day, and will for the rest of our lives.