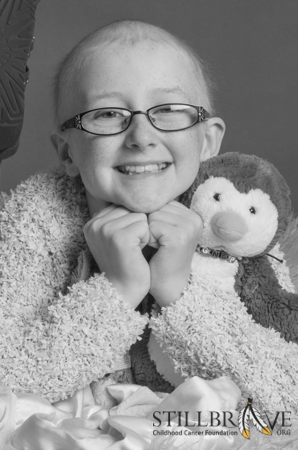 Brooke MulfordStage IV Neuroblastoma11/27/2004 – 6/12/2017Hometowns: 2004-2014 Salisbury, MD & 2014-2017 Voorhees, NJHospitals: CHOP, BCH/DFCI, NIHBrooke was diagnosed in January 2009 with Stage IV Neuroblastoma at 4 years year old. Her disease started in her adrenal gland and spread throughout her entire body. Brooke battled hard and after 1 ½ years of treatment, scans showed No Evidence of Disease and treatment ended although her toxic treatments caused significant hearing loss and Thyroid disease. In 2012 routine scans showed that she had relapsed and there was little hope of survival. Brooke once again battled fiercely participating in phase 1 clinical trials at her main hospital in Philadelphia (Children’s Hospital of Philadelphia) as well as Boston Children’s/Dana Farber Cancer Institute and National Institute of Health in Bethesda, MD. Her smile, which always lit up a room, never faded through her 8 1/2 year battle which claimed her life in June of 2017 at 12 ½ years old.

Through all the pain and struggles, Brooke’s faith remained strong, she kept a positive attitude, exhibited strength and joy, and loved to dance, laugh and smile. She loved animals, especially her dog Bailey and her kitten Socks. She always showed a compassion for her fellow childhood cancer heroes. Brooke founded The Brooke Mulford Foundation at just 6 years old to raise funds for Neuroblastoma research and started “Brooke’s Toy Closet” at Peninsula Regional Medical Center in her hometown of Salisbury, MD to give back to the community that supported her so much through her entire battle. In 2014 Brooke and I moved to Voorhees, NJ to be closer to Children’s Hospital of Philadelphia and family. One year after Brooke went to heaven our new home community officially opened the 2nd Brooke’s Toy Closet at Virtua Hospital in Voorhees.

Less than a month before Brooke’s journey ended one of her favorite singers, Matthew West, flew to Philadelphia to visit her in the hospital and surprise her with a song he wrote for her called “Never Ever Give Up”. My favorite verse from the song is, “You showed the world the face of brave”. Despite being sick the majority of her short life, Brooke was able to never lose her zest for living. In between treatments she packed in more living than anyone I know. Brooke was and will always be my hero and my entire world. She is so deeply missed by myself and the thousands of people whose lives she touched around the world. Well done good and faithful servant, well done.