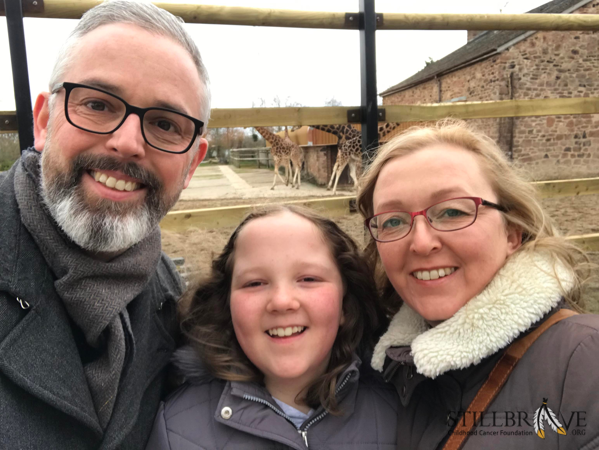 On July 12th of 2019 we found out our little girl had leukemia. A few days later, we found out it was Pre B Cell ALL specifically. Ava’s fevers began on December 2nd 2018. Since then she had fevers pretty much every day until she was diagnosed. She was seen by the pediatrician, urgent care doctors, and the infectious disease doctors and hematology doctors and Children’s.

On January 11th the hematologist at Children’s told us he was sorry we were scared and thought she may have cancer, but she definitely did not. He assured us there was no cause for concern. It was definitely one of the happiest days of my life.

Since leaving the hematology appointment we visited many more doctors who all kept telling us it wasn’t cancer, but my gut has always told me it was. We finally found a wonderful rheumatologist who agreed that something was definitely wrong and set us on the path. On our final meeting with him on June 24th he said something that struck me. He said I’m “definitely concerned about her hemoglobin levels, but she’s been seen and cleared by hem, right?”, he kept going about why it may be IBD, but in my head I heard a small alarm saying— Was she though? That Children’s doctor didn’t take us seriously, he never even called us back. She fucking has cancer! BUT everyone tells you not to think like that. After 6 months of voicing that to different doctors I had learned to keep those thoughts to myself.

Back in April my aunt and a very sweet coworker had recommended we bring her Johns Hopkins. They suggested this after her 106 fever and I promised if we need to see another new doctor it would be from Hopkins. So I scheduled her GI appointment with a doctor at Hopkins. Thankfully the doctor who was going to do the scopes looked at her labs from June 24th and said somethings not right lets run them again.

When the doctor called on Friday July 12th asking us to admit her to the ER because her hemoglobin was so low, that little voice telling me it was cancer got even louder. When we walked in and the guy at check looked up at us and said Ava? The voice started screaming IT’S CANCER, THIS IS IT, brace yourself. When the ED doctor took me into that horrible parents room she looked at me and said I’m sorry to tell you that Ava has leukemia, but based on the questions you asked in the room when Ava was admitted and the look on your face I think you already know this don’t you? Yes, yes sadly I did. Now we could finally name this monster that had taken my beautiful teenager daughter’s energy and active lifestyle away. Finally we could begin to fight the real culprit. Finally we could get rid of the pit that had been sitting in my stomach and on my heart for the last 7 months. Who knew that the word cancer would bring relief and yet an even bigger boulder to rest in my heart.

In the 8 months since diagnoses, Ava has endured a lot. Gain loss, weight loss, blood clots, even sepsis. She had a short stay in the ICU, that’s where she met sweet Loren. We’re so grateful she came to visit us. Shortly before we were admitted for dehydration we were in the lobby reading about Loren’s journey on the BigFoot. She was so inspiring to Ava and to me. It reminded us that even though she was missing out on her freshman year, all the normal teenage things. there was hope.

After completing induction and consolidation Ava was still not able to be declared MRD- so her team moved her to a CAR-T study. She received her CAR-T cells on December 24, 2019. On January 26th 2020 we got official word that she was finally MRD- and free of leukemia! Since then she’s been trying to live life to the fullest and was even able to go back to school for two weeks before the Covid-19 shutdown.

At the moment she’s a happy, healthy 14 year old who dreams of being a neonatologist. We dream of finding cures for all the cancer that plague our children and giving back to the community who took us in from day one.