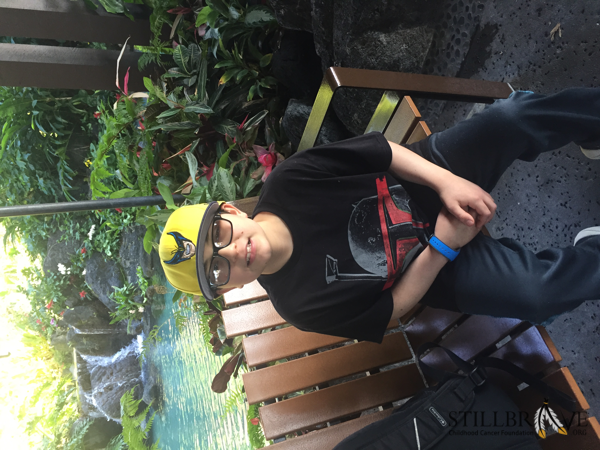 My daughter is Brianna Bradshaw,

She was diagnosed with Ewing’s Sarcoma June 1 ,2007, and fought like hell until January 18,2008. And that’s when her fight with Cancer ended. She was 13-years-old and wanted to live!

Brianna was so amazingly kind, she was beautiful and she wanted to become a pediatric nurse and help kids, and she would have been amazing at that or anything she set her mind to, She had a ton of friends, she was fun, loving and carefree and just loved people and animals and she was better than anyone I’ve ever met in my life! When she passed she had 2 older sisters, Makaila and Heather, an older brother Scott, and baby sister Payton. Since her death she now has a new little sister, Meredith (pumpkin) and is now also the aunt to 4 rowdy boys - Jake , Xander, Oakley & Taylor. Although they never met her, they all know her, thru stories and pictures and everyday life she is mentioned and talked about!!

We are so thankful for Tom for the opportunity to get our girls name and photo out there to keep her memory alive in every way we can.