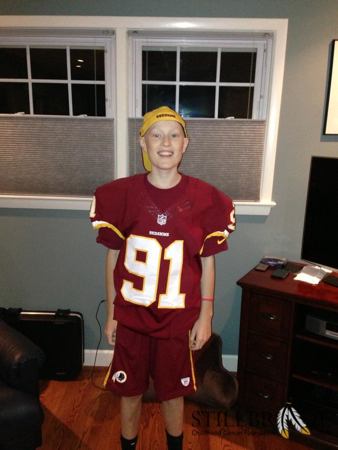 Luke Sheridan McGuire2-25-98 9-11-13In December of 2011, Luke was diagnosed with Ewing Sarcoma. After 9 months of grueling treatment, he finished his last chemo in August of 2012, just in time to start his freshman year of high school. By November, Luke had relapsed and the cancer had already spread to his lungs. His first treatments after relapsing failed and we went to the NIH in February of 2013. These experimental treatments worked for a few months but only slowed the growth of the cancer. Treatments were stopped in the summer of 2013. Luke died on September 11, 2013.He always had a smile on his face and something funny to say, no mater how he was feeling. I miss him so much.Thank you Tom