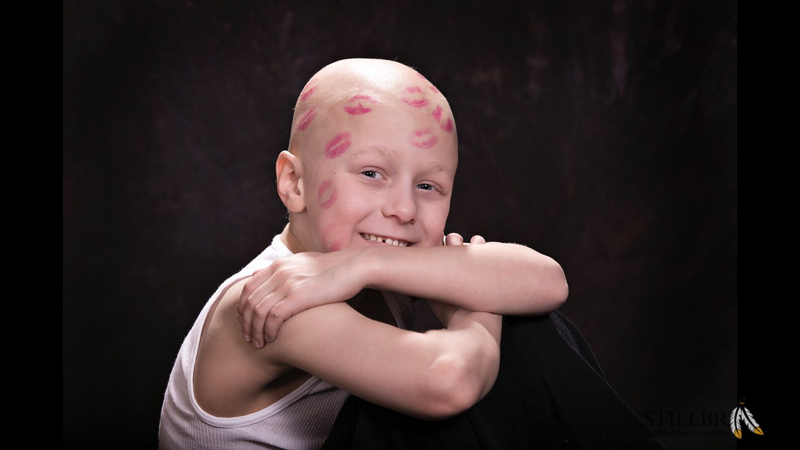 Meet 15-year-old Mia G. She was diagnosed with a rare form of Disseminated Juvenile Pilocytic Astrocytoma when she was only 10-years-old.
Mia was complaining of headaches, had trouble seeing both near and far and was bumping into things. Her mom Maria said.Mia would sometimes scream in pain from the headaches and after Tylenol the pain would go away.
“We took her to an ophthalmologist, and she said things were fine and to come back in six months,” Maria said. “When she went back for her follow-up appointment, the ophthalmologist detected high eye pressure and consulted with Mia's pediatrician. Mia was immediately sent to Children's National Medical Center for an MRI and [the doctor] discovered a mass in her brain.”
Mia’s mom and dad thought the doctors could remove the mass and that was all that would be needed. However, when they met with the doctors at Children's National Medical Center, the doctors explained that Mia's main tumor was wrapped around her hypothalamus and around her optic nerves and surgically removing it was not an option.
“In addition, the tumor had disseminated with small legions throughout her brain and down her spine,” her mom said. “It was heart wrenching news.”
Mia’s rare form of juvenile pilocytic astrocytoma has less than 5 percent spread like hers did and of those patients less than 2 percent don’t present with specific mutation.
Maria said Mai suffered a brain bleed during the biopsy and spent six weeks in the PICU.
“Bottomline-treating her brain tumor is limited,” her mom said. “So, that limits the number of chemotherapy medications and since it [juvenile pilocytic astrocytoma] spread, radiation is the last resort.”
With the medication she could have, Mia finished 15 months of chemotherapy in 2016. With her brain tumor growing the doctors have advised another full course of chemotherapy to try to stop the growth and help preserve her eyesight. She started another 15 months of chemotherapy July 2019.
Like many teenagers with cancer, Mia finds it difficult to make friends with her peers. However, the support of family, friends, and church family have been a help to Mia.