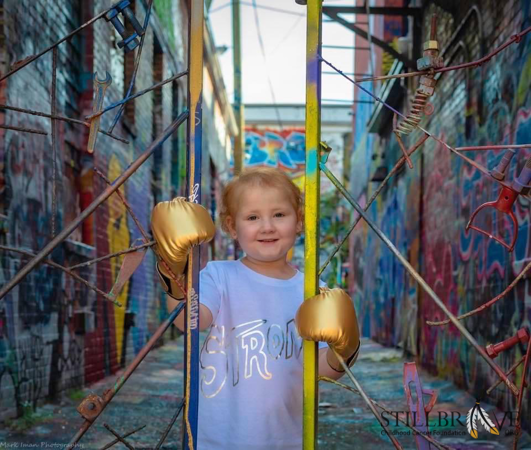 Zoey is a spunky 6 year old (7 in October as she likes to remind us).  July 2019 she developed a fever and cut on her lip.  As the next several hours went on the fever would not break and a growth began on her lip.  After visiting urgent care and was told it was hand, foot, mouth to  and a canker sore and to rotate Tylenol and Motrin, But the fever wasn't breaking and growth was getting larger.  Took her to an ER and told the same, but it was a cold sore and to continue doing what we are doing. No tests were run.  Got her home and had to keep her hydrated by syringing Gatorade into her.  Fever climbed even higher that evening, reaching 105.7 after having had Tylenol 3 hours earlier.  She was taken to another ER where the triage nurse was in shock and called the doctor over immediately.  Zoey had the high fever, extremely low blood pressure, and her heart was racing at 205.  They ran so many tests and the doctor was genuinely concerned about her well being and previous lack of treatment.  He took a biopsy of the lip.  As the labs came back he indicated either a severe neutropenic infection or leukemia. He informed us he was already on the phone with a local children's hospital and she would be emergency transported.  She had no platelets and needed a transfusion right away. It's now 1 a.m. and she is taken by ambulance to the hospital.  She was admitted and we heard the works no family wants to hear, "your child has cancer" in her case they specified leukemia.  She spent time in the PICU to get vitals stabilized while we waited for pathology for the lip biopsy and what the next steps would be.  She'd spend 17 days in-patient due to the lip being a MRSA infection and her body not able to fight it due to the leukemia.  She had pre-B cell ALL, multiple surgeries, so many different chemo medicines.  She lost the ability to walk and had to relearn.  Her attitude remained positive through everything despite the roller coaster she was on.  There were good days, bad days, scary days. We are thankful for the doctors, nurses, child life specialists, therapists (PT/OT), and organizations that support families along this journey.
26 months later after some intense chemo treatments at times, she would take her last dose of chemo on September 24, 2021.  On December 8, 2021 she would ring the bell.  But as many parents of children with cancer the fear and worry doesn't end there.  The side effects can happen later in life.  Zoey is currently doing well.  She is enjoying school, looking forward to sports, and enjoys making others smile.  She taught us that no matter what to never give up.
Thank you for allowing us to share Zoey's story.  You can bet it's not over as she wants to help children like her.
--
--Jenn
"No matter what people tell you, words and ideas can change the world!" - Robin Williams
+ Read More