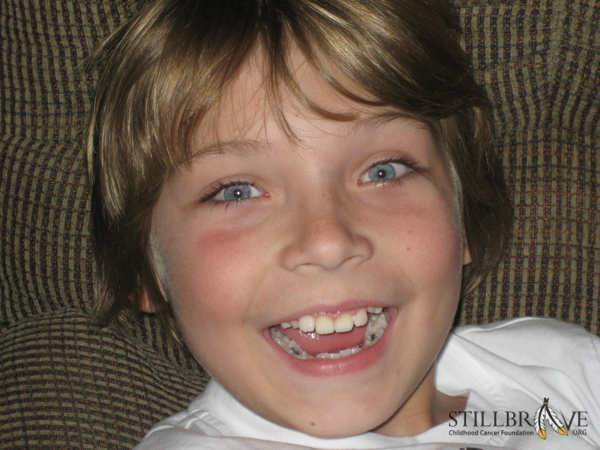 First, thank you for honoring so many children over the years. I am so sorry that cancer invaded your lives. I am so sorry about your daughter, Tom. You both have taken tragedy, and made something beautiful from it. Until my daughter was diagnosed, I had no idea just how powerful and life changing pediatric cancer was for the warriors, and those who fought with them.

I am not sure how much information you need, so I hope I provide enough. Let me introduce you to my daughter, Emma.

Emma was a fun, down to earth, cheerleading, gymnastics flipping, silly, fun, loving daughter and sister. When she was 11, she came to us with a bump in her arm. The doctors assumed it was a hematoma, because of her cheerleading/gymnastics activities. When it increased in size at week three, we decided she needed an X-ray, and were shocked and terrified to hear the words cancer. This was March of 2015. There began our descent into hell.

She started chemo one week later, and had limb salvage surgery in June 2015. She completed her regimen of chemo in October 2015. Two weeks later we heard the devastating news that she had relapsed while in treatment. She now had a tumor in her femur and in both lungs. We were told she would not survive this. Emma was not done fighting , and neither were my husband and I. She started two new, really harsh chemos. We also decided we needed to take her to Sloan Kettering. There we met two amazing surgeons. She had two thoracotomies, one in December 2015 and the other in January of 2016. In March of that year she had the tumor carved out of her femur, but her own bone was preserved otherwise. She had many structural issues with her leg after surgery and was confined to a wheelchair (& had several follow up surgeries) for much of the next year.

In the meantime, she completed chemo. We spent the next year tentatively trying to regain a sense of normalcy. We were successful in many ways. Unfortunately, Emma relapsed again, this time in just her lungs, in August 2017. She had two more thoracotomies, in August and September, and began a difficult clinical trial at Sloan. She has one more round of five left to complete, and then we will hope.

She has picked up and moved on as much as she can since this began. She is still silly and fun. She is a gentle, loving and amazing sister, daughter, and friend. She has found a love for film editing, and spends hours each day learning and working on projects. She loves horror movies, reading, anime and manga, entertaining friends at our house, traveling, and Broadway musicals and plays.

Thank you for considering honoring Emma for your run.
+ Read More