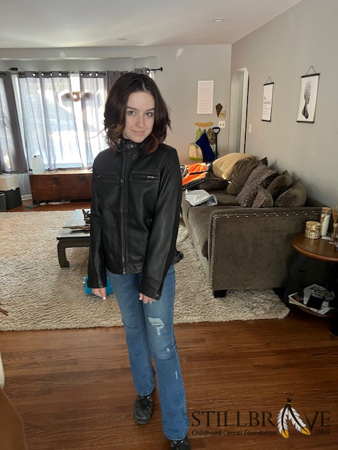 Kaleb Leigh Age 15 Noah Leigh Age 12
Kaleb and Noah are two brothers who have bravely fought cancer four times between the two of them. Kaleb was first diagnosed with leukemia when he was 6 years old. He underwent 2 1/2 years of treatment and was declared cancer free in the summer of 2013. He went back to school and was trying to get back to a “normal” life, but cancer had other plans. At the age of 9, Kaleb found himself once again in for the battle of his life. This time was harder, more intense, and the risks were higher. But for the next 2 1/2 years he fought, and he was finally able to hear the words “no evidence of disease” once again.

We hoped this time cancer would leave us alone, but little did we know in just 11 months Kaleb’s little brother Noah would be diagnosed with osteosarcoma, a very aggressive type of bone cancer. We were devastated, but Kaleb was Noah’s rock. He stood by Noah every step of the way. He held Noah's hand, he let Noah cry on his shoulder while he held him, he made Noah laugh when he needed it, he pushed Noah to keep going when he was tired. Noah fought and he was also able to hear the words “no evidence of disease” in November 2018.

Unfortunately in July 2019, Kaleb relapsed for the second time. Each time somehow proves to be harder than the last. Kaleb was able to participate in a trial, and is currently cancer free once again.

This will be the 5th race Tom has honored Kaleb and Noah. Each year I have had to add another diagnoses to their bio. We hope and pray that as Tom runs he last race, it will also be our last time to have to fight this battle.