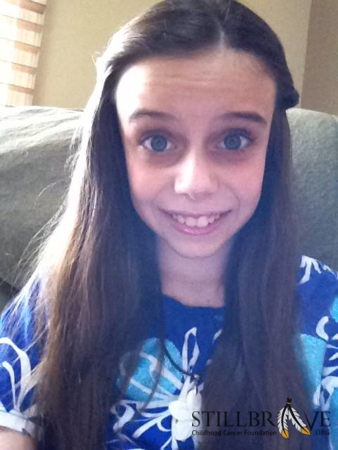 As a senior in high school, and just 18 days after celebrating his 18th birthday, Matt was diagnosed with High Risk Pre B Cell ALL on December 14, 2018. Matt had been feeling bad for about a week with a low grade fever, nose bleeds (that we attributed to dry air from the heat being on) and pale skin. With the weekend coming and Christmas parties planned, we needed to get this cold behind us. We brought him to the pediatrician on a Friday, fully expecting to be told he had the flu or some type of virus.

Upon examination, Matt’s pulse was elevated. The doctor noticed he had petechia on the roof of his mouth, and asked if he poked himself with a fork. I knew that these small red and purple spots could be associated with leukemia, and mentioned it to the doctor. She didn’t seem to think that was the case, so we moved on to discussing the nose bleeds. Matt had been blowing little clots of blood out of his nose, which prompted her to check his hemoglobin. It came back at 6.6. Normal hemoglobin for an adult male is 14-18 gm/dL. She instructed us to go to the ER and have further labs done because Matt was anemic and may need a blood transfusion.

Matt's dad, and one of his older brothers, met us at the hospital. Waiting felt like an eternity. Then the doctor came in.

“The labs are back, and you have Leukemia."

Shock. Fear. Tears.
Those were our initial reactions.

We were transported to the Inova Children’s Hematology Oncology floor, where we were greeted by a little bald headed child riding down the hall on a tricycle. This was our reality now. We were heartbroken.

Matt spent that Christmas and New Year in the hospital receiving treatment. He had to take a leave of absence from his job due to his cancer treatment and compromised immune system. He has been in treatment for over a year and we are happy to say he is currently in REMISSION (which does NOT mean cured.) Matt was able to attend prom and graduate with his class in May 2018.

While Matt still has 2 years of treatment ahead of him, we are so thankful for all of the people the Lord has brought into our lives to encourage and support our family during this journey. Tom and Stillbrave have been a part of that blessing. Please consider making a donation for Matt's mile so that Tom can continue the work he is doing for cancer families like ours.