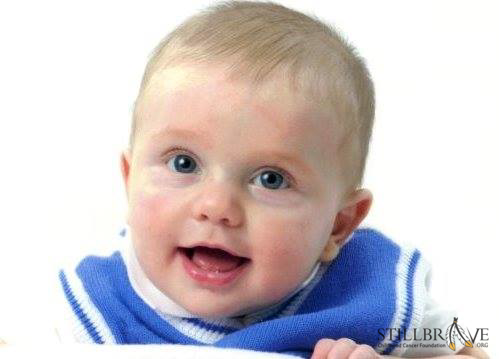 Declan Black CarmicalBorn 8/26/09, died 8/18/10 (8 days shy of his and his twin, Cole, 1st birthday)Declan is the 3rd of our 4 boys. (Yes, is. He will always be here with us, even though his earthy body is no longer.)Declan and Cole were born with a little fanfare on August 26th, 2009 at 4:46 & 4:47am at 33 weeks. Apart from a few extra days in the NICU for each, they were happy, healthy (5lbs 9ozs and 5lbs 5ozs, respectively) and loved. Life was crazy with 4 boys but it was a joyful craziness. As we began to emerge from the fog of twin babies and the crazy snow events in Metro DC in early 2010 … Declan got sick one weekend. Never spiked a fever, never got “sick” but was just off. After a sick visit to our Pediatrician, we were referred to the ER for a CAT scan … just to be safe.Declan’s ‘illness’ turned out to be brain cancer with a pretty dire prognosis. Declan was, ultimately, diagnosed with AT/RT of the brain, spine and kidney. And so our Journey with Declan began. We were given options for treatment that included chemotherapy, radiation and multiple major surgeries but the battle was uphill, straight up.Declan responded very well to treatment and his 2 initial brain tumors shrunk to a point where only remnants remained. We were hopeful as we entered and ended radiation. Declan was able to come home for a glorious week with his family before everything turned again. After 2 emergency brain surgeries, we discovered the cancer (which had never been noted in his spine) had over taken his spine. Our sweet boy was given days to live.It is crushing to not have our son and brother in our arms. We are forever a ‘man down’. However, we were given the miracle of time with Declan; and in those 5 months and 10 days we learned … to cherish today; to enjoy the small things because in the end they are the big things; that Declan’s smile will never be forgotten; even though a life can be short in terms of days, the life within it can be huge; we learned we were blessed to have been given the honor to know and love Declan Black Carmical.