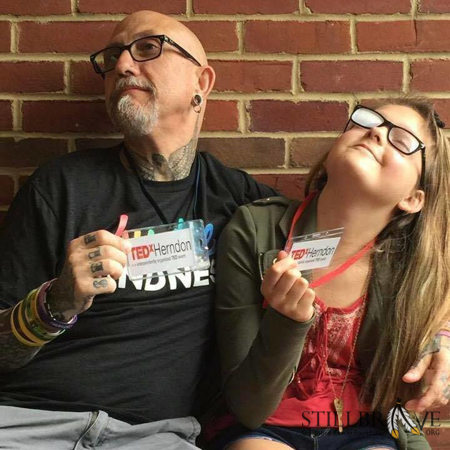 Mile #180 Ellie May 7th, 2013 is the day my life would be forever changed. My daughter Ellie was diagnosed at just four months old with a brain tumor, that same day she underwent her first 9 hour brain surgery. Before her fourth birthday, Ellie had been through more than most adults. Spending over half her life in a hospital, completing 28 rounds of chemotherapy. Ellie would go on to have 17 surgeries, 14 of those were brain surgeries. Then at just two and a half years old, Ellie made her way through 42 days of radiation, each day, having to be put to sleep, and put in a machine she called “the Dino cave!” Ellie is that kid that would have brain surgery on Wednesday and by Thursday we were headed home, slurpees in hand. Ellie is known for her love of pickles, her bossy attitude, and wearing her sunglasses upside down.
January 15th, 2017 Ellie passed away at home, surrounded by her family, she had just turned four years old.