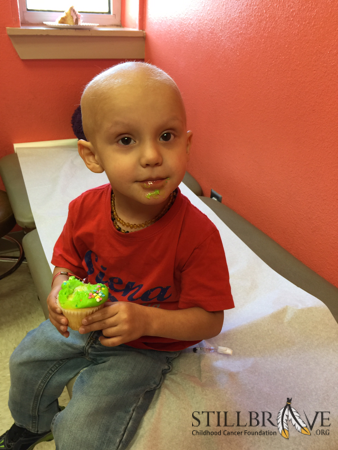 River was diagnosed at age 2.5 with Stage 4 HR Neuroblastoma.  We did front line treatment at home in San Antonio, Texas. Then we traveled to Ft Worth because we wanted a second opinion. That took us to Sloan Kettering in New York for another big tumor resection. That surgery ended up being the beginning of the end, he was able to do a vaccine trial because his tumor had matured, so he was “cancer free” enough. Complications from that surgery in 2016 ended up taking him from us in 2017, months after he turned 5.